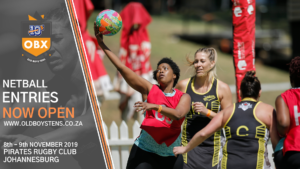 The festival’s aim is to align synergies among Old Boys Associations and now Old Girls Associations of South Africa’s schools through the game of 10s rugby and netball by creating an annual sentimental & nostalgic event that most Old Boys and Girls can identify with. Funds raised by the event go to the transformation & development of educational opportunities throughout South Africa.

FOR THE TEAM MANAGER

The Old Boys Tens management reserves the right to change or amend the above rules, and services. It is the responsibility of participating players to be aware of all changes on http://www.oldboystens.co.za/team-info/

We look forward to welcoming ALL teams at the 2019 OBX!!